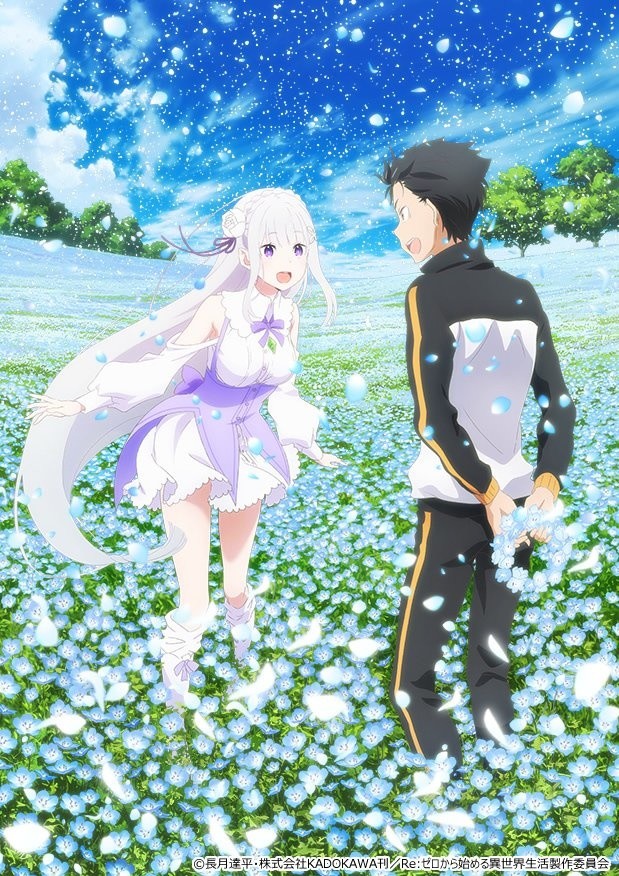 A second key visual has been released for the upcoming OVA Re:Zero -Starting Life in Another World- Memory Snow!

In addition to the visual, the anime's official Twitter announced that the story will pick up right after the end of the series. As the gang are enjoying a rare moment of peace after their trials in Irlam village, Subaru goes on a super secret mission - but despite his disguise, he's recognized straightaway. With his plan in tatters after about five seconds, what’s going to happen with his "date course" with Emilia?

With the return of the main cast members already announced, the official Twitter also confirmed that the same team who created the TV anime is handling the big screen adaptation.

A special launch event for Memory Snow will be held on Sept. 23 with some of the cast and creative team set to appear including Kobayashi Yusuke (Subaru), Takahashi Rie (Emilia), Uchiyama Yumi (Puck), Minase Iori (Rem), and Murakawa Rie (Ram).

Re:Zero -Starting Life in Another World- Memory Snow premieres in theaters in Japan on Oct. 6.